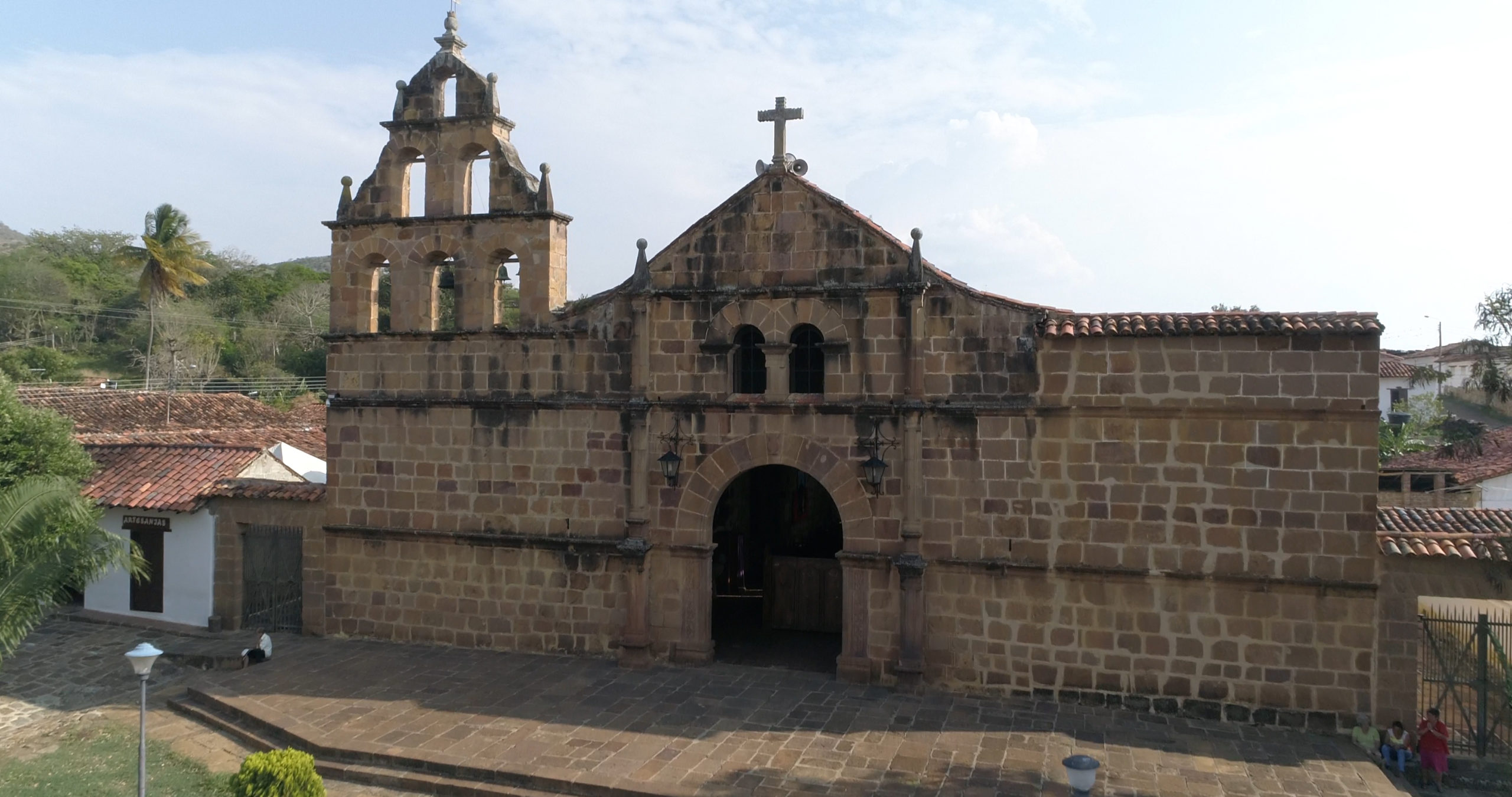 They call it “the most beautiful town in Colombia”. If you are curious to know why, we could gladly show you.

Barichara is a municipality of Santander in Colombia, located in the province of Guanentá. Its cobbled streets and mild climate provide an ideal environment for taking long walks enjoying the awesome views or taking long pleasant naps for those who need some rest.

On the other hand, Barichara is considered a national monument of Colombia and is populated by discreet craft shops, boutique hotels, and churches full of history.

In contrast to the modernity of Colombia’s capital city, Barichara rises as a colonial town of incomparable beauty and conservation. The architecture proudly displays the skill of the rock carvers who patiently shaped this little striking town, rock by rock.

It is easy to take good photos when walking on the streets, covered in clay-colored stones, through tree-filled squares and very elaborate limestone facades and roofs with clay tiles.

Its colonial atmosphere invites you to relax and feel calm. In the evenings, when the night approaches, the street lighting with lanterns surrounds the town in a warm light, reflected in the yellow stones. A pleasant peace invades the thoughts of those who visit.

Barichara means “place for rest” in the indigenous Guane dialect.

The inhabitants of this beautiful town tell the story that at the beginning of the XVIII century, in the year 1702, a peasant of the region had an encounter with the Virgin Mary.

The apparition was made on a stone where the image appeared clearly carved. The miracle was divulged and the peasants turned the rock into a motive of adoration. The inhabitants of the place decided to build a church, although the priest did not believe.

The parish erected in the year of 1751 was initially called “Vare – Florence”, then “Vara – echada” and finally “Barichara”, which means “place for rest”.

Under this legend, Barichara rises stone by stone and was declared a national monument on August 3rd, 1978, declaring that “it is a good example of informal urban development with the Andalusian style, and presents a good state of conservation of the original urban layout, the construction of the late eighteenth century, and the environment of that time.”

Things to do in Barichara

Chapel of San Antonio: When turning the corners of the stone streets of Barichara, it is common to find temples that, although perfectly well preserved, it seems that they had never been visited. One of them is the chapel of San Antonio, built since 1823 and blessed in 1831. It features an altar carved in wood and images of the Virgin of Fatima, San Antonio and San Pedro Claver.

El Gallineral Natural Park: About a hundred plant species refresh the environment of this park, located in San Gil. The public space of four hectares is sort of an island formed by two branches of the Curití stream before flowing into the Fonce River. This park offers adventures like rafting and paragliding.

Population of Curití: “Village of weavers” is the meaning of “Curití” in the Guane language. In this municipality, which is located about 40 minutes away by car from the north of Barichara, an industry has been created with the manufacture of sacks to load potatoes. Tourists can buy handicrafts created from them the sacks such as tablecloths, individual table mats and rugs to which different colors have been added.

Immaculate Conception Church: The sun plays with the colors of the carved stone façade of the Church of the Immaculate Conception, which in the morning looks bright yellow and in the afternoon has a clay ocher touch. It is estimated that this temple was built in 1838. Inside the main altar stands out, covered with gold plates, and also the ten columns that support the arches.

It’s fascinating to travel around Colombia and to discover towns and locations full of beauty, history and rich culture. It’s also a valuable experience when you can communicate with locals and embrace their lifestyle and idiosyncrasy in a deeper level. If you want to make your travelling path more exciting you can take a Spanish course.

In Centro Catalina Spanish School we offer Spanish lessons with the best learning methods that could fit your travel schedule. Our team is young and dynamic, ready to assist you in a fun and friendly atmosphere. Our school is located in Cartagena and Medellín, two of the most important cities of Colombia. For more information please visit www.centrocatalina.com