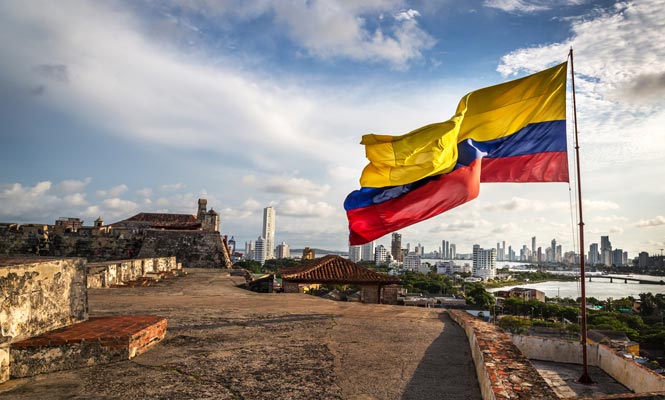 Colombia is one of the countries of the world known by the warmth and cordiality of its people. The friendliness of the Colombians is admirable because they strive to have an impeccable approach with the tourists who come to their coasts, cities and towns.

After arriving to Colombia for a vacation trip many people have decided to establish their life in this beautiful country. So, yes! You can find many foreigners that fell in love with the country and that are currently living in Colombia.

The truth that many find is that Colombians are friendly, open and kind people. Many are willing to offer their help to anyone who needs it. And Colombians are always looking for the way to integrate other people into their culture and teach them the true meaning of Colombian brotherhood.

Testimonials of foreigners living in Colombia

Travis Crockett is a young backpacker who felt at home from the moment that he stepped on Colombian floor. He was born in Australia but has always been curious and longing to know the Latin America culture.

During his backpacking trip to South America he heard many good comments about Colombia. So he decided to travel and check it out for himself. “I like the way Colombians welcome foreigners. They are willing to share their history and culture with others. It makes you feel at home”

Travis arrived to South America in the search for adventure and he found it in Colombia. And he not only found adventure in Colombia, he found a wife too! Plus, living in Colombia gave him the opportunity to open “La Villa” (The Village), a bar located in the city of Bogota. La Villa aims to transmit, local and foreign visitors, the flavor and warmth of the beautiful Colombian culture.

Lorenz is a German who arrived to Bogota for a business trip in 2005. However, his biggest desire was to visit the Salt Cathedral in Zipaquirá. This German who didn’t speak Spanish traveled by himself to the Cathedral and on his way there he lost his wallet.

He got very frustrated because he had no cash to pay for the ticket to enter the Salt Cathedral. So he decided to seat on a bench of the station and wait for the next train that would take him back to the hotel. For his surprise, a man who was watching the scene bought an extra ticket to take him to the Cathedral. This man didn’t speak German, but somehow he realized the sudden bad luck of this foreigner visitor.

Lorenz tells us about his experience: “I sat for a moment to reflect about my situation, until a gentleman who over heard my conversation with the guide approached to me, and even though

he didn’t speak a word of German or English, he gave me a ticket to the Cathedral. I looked at him with surprise because I didn’t know what was happening, until he took me by the arm and walked me to the Cathedral. I couldn’t believe it” he says. “I still can’t forget the face of kindness of all those people who have treated me like family” he adds.

Three months after his visit, he settled in Bogotá and he’s currently living in Colombia. Since then he has visited the Zipaquirá Cathedral eight more times. Occasionally he meets again with Ramiro, the gentleman who helped him that day. They visit the Cathedral and have lunch together in the village, talking about that moment when Lorenz fell madly in love with Colombia.

If you want to take a Spanish course, you can find that same friendly atmosphere that makes you feel at home in Centro Catalina Spanish School. We have a dynamic team trained to teach you Spanish through effective lessons and give you all the support you need in the process of learning the new language.

You’ll find new friends that are looking to connect with the Colombian culture and discovering this amazing Country. Our school is located in two of the main cities of Colombia, Cartagena and Medellín. Don’t miss out on this great opportunity abroad!