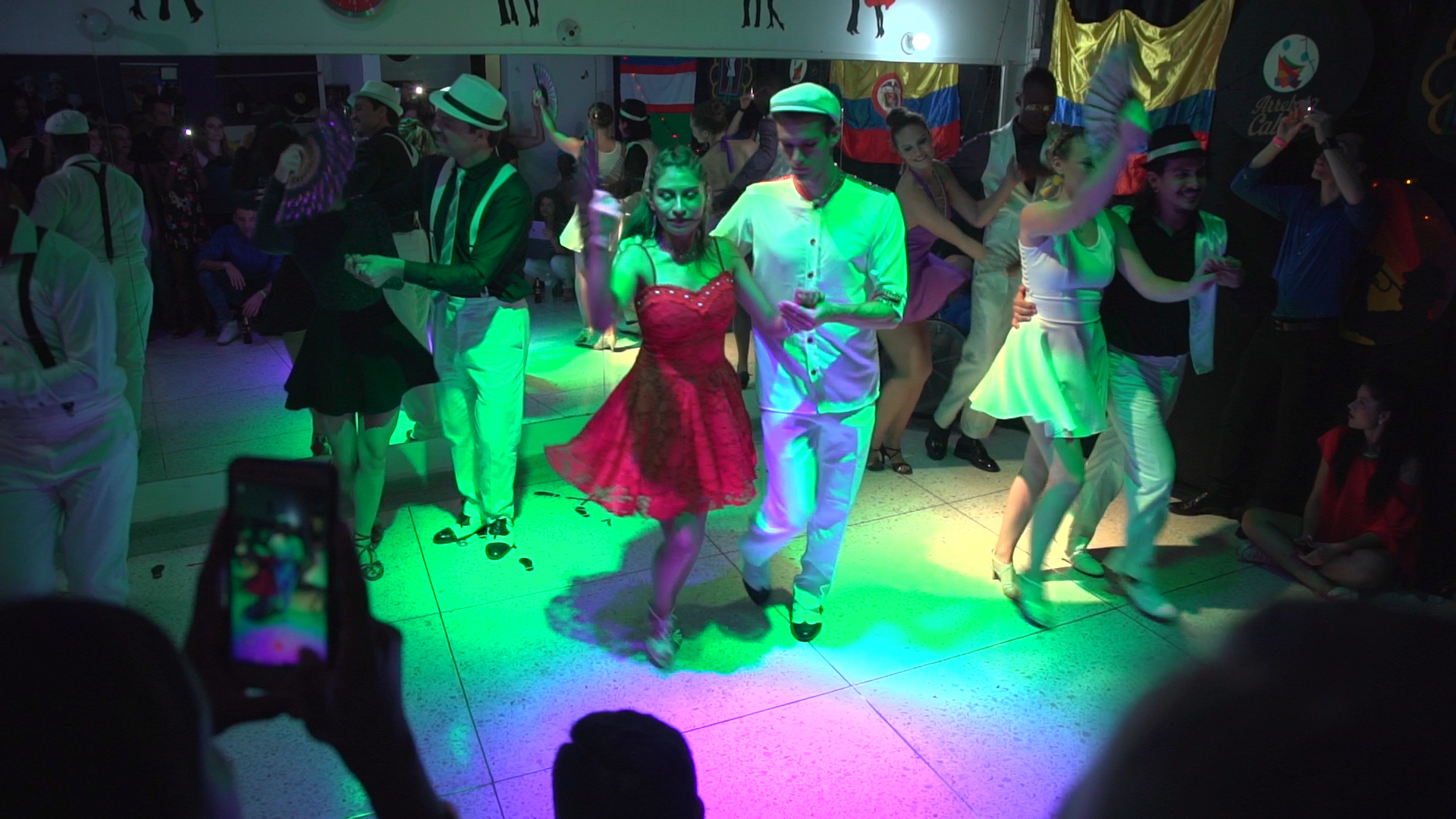 Every year from Christmas day (December 25th) until December 30th the city of Cali hosts thousands of tourists from all over the country and abroad who come to participate in the great Cali Fair “La Feria de Cali”. If you are looking for things to do in Cali, you will not be disappointed.

The Cali Fair is famous for the horseback riding, the bullfighting season, the best salsa orchestras, multitudinous concerts, dances and delicious cuisine. Approximately 2,200,000 people attend each year to this magnificent event.

Cali also stands out as the salsa capital of the world, with the best national and international orchestras that play in various stages of the city, bringing together different audiences with phenomenal dance shows and great concerts from the best performers of this musical genre.

Every year, thousands of locals and visitors get carried away by the joy, the music and the parties that never stop during the six days of the Fair.

The Cali Fair is the main driver of the city’s economy during the end of the year season, and represents an enormous opportunity for socio-economic development for the local community.

Not long ago it was only a presumption by some economists, however, today is a fact confirmed and measured with real figures that show the enormous economic potential that Cali has in the activities related to culture, tourism and fun.

The first version of the Cali Fair, which at that time was called the “Sugar Cane Fair”, took place in 1957. The Cali Fair began as an exclusive bullfighting fair. The chroniclers say that this celebration lasted an entire month.

Initially, the celebrations were held in the large halls of hotels and clubs and the music was the Antillean.

Little by little, the Fair has been adding other elements, such as horseback riding, the presentations of the best national and international salsa orchestras, the parades of ancient and classic cars (beetles and buggies), gastronomic samples in bars, beauty reigns, etc.

These shows were gradually introduced to provide entertainment for the majority of the population during the December season.

Things to do during the Fair

The main events that make up the Cali Fair are:

· “The Salsódromo”: During the event, 1,300 dancers from the best salsa schools of the city parade dancing with choreography alluding to salsa. It has become the most important event of the fair and the one that has gathered about 600,000 people.

· Old Cali Carnival: Comparsas with different themes are presented to remember and pay tribute to events and characters that marked the development of Cali as a city.

· Parade of classic and antique cars

· The Super concert: Generally it is the most important musical offer of the year. Renowned artists and exponents of diverse musical genres are presented.

· Pan-American Contest of the Sugar Cane: Exalts the tradition of beautiful women in the city and integrates the brotherhood among the Pan-American countries.

December is a great time of the year to visit Cali while you are in Colombia! And if you plan to keep travelling to the most popular spots of the country, then you should sign up for a Spanish course. Centro Catalina Spanish School offers the best options for you to learn Spanish and have an unforgettable experience while you connect with the people and the culture.

The school is located in Medellín and Cartagena, two of the most important cities of Colombia. The team is young and dynamic and you’ll find a friendly atmosphere that will help you achieve the goal of learning Spanish. For more information, please visit www.centrocatalina.com

Course and Price Overview
You can find an overview of all our courses along with our current pricelist on this page. For any open questions please don’t hesitate to contact us.