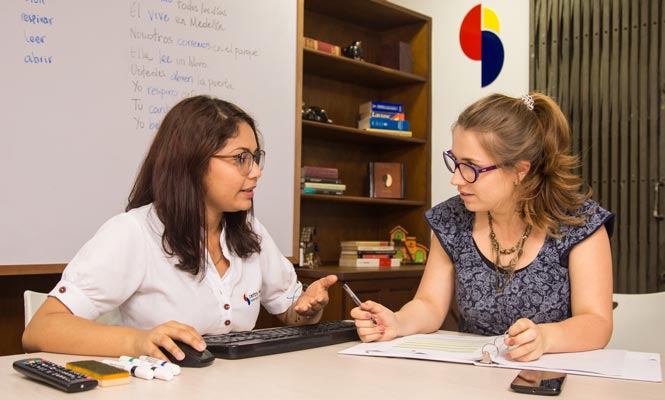 The human brain is one of the greatest enigmas of science. The way it operates has become the goal for many scientific studies that not only want to know which brain regions dominate certain human acts, but are also trying to anticipate the appearance of diseases such as Alzheimer’s.

In recent years, a field that has attracted the most interest of scientists is the acquisition and mastery of languages and, in particular, how a bilingual brain works.

As you know, learning a new language has become a challenge when it comes to achieving better job opportunities, meeting new people and traveling to multiple places on the planet. However, do you know what happens to your brain when you learn a new language? Here we have 6 incredible things that your brain benefits from speaking a foreign language:

2) It protects you against Alzheimer’s
The American Association for the Advancement of Science and BRAINGLOT stated that “Learning and mastering a language at different stages of life prevents from degenerative diseases of the brain.” Diseases such as Alzheimer’s could be prevented by learning a new language.

3) It improves your memory
Learning a new language involves memorizing rules and vocabulary, which helps strengthen your brain. This exercise develops memory in general, which means that those who speak more than one language are better at remembering lists or sequences.

4) It helps you to be multitasking
The bilingual brain has a broader development of its capabilities. For example, bilinguals expand cognitive abilities that allow them to adapt to changes in the tasks they are developing, allowing them to do several things at the same time. The bilingual brain is constantly choosing the language to express a thought, which gives it much more flexibility.

5) It improves your perception
A study by Pompeu Fabra University revealed that people who speak several languages are better at observing their surroundings. In addition, they tend to focus on the relevant information and omit the irrelevant. At the same time, a person who speaks more than one language is better at detecting misleading information.

6) You get to know better your mother tongue
Learning a foreign language leads you to understand your own language: grammar, conjugations and sentence structure. It will make you more aware of the language and the ways in which it can be structured and expressed. These skills will help you communicate more effectively.

Would you like to enjoy these great benefits for yourself? If you want to take a Spanish course we recommend Centro Catalina Spanish School. Why? It’s located in two of the main cities of Colombia where you can immerse in the Colombian culture and have an unforgettable experience.

Our team is young, dynamic and equipped to give you all the support you need through effective Spanish lessons, a friendly atmosphere and lots of fun. For more information go to www.centrocatalina.com